The company was established in 1995 as part of an economic offset program in a strategic partnership between major international auto and parts companies. General Motors (GM) is represented by one of its subsidiaries Delphi and a group of leading Saudi companies in the field of automotive, spare parts and services. Thereafter, Johnson Controls, the world’s leading battery manufacturer, entered as a technical and strategic partner in 2005. In 2019 Brookfield Business partners acquired the Johnson Controls battery division and launched Clarios.

The plant was built in 1997 and production lines began operating in the beginning of 1998 to meet the needs of the GCC, Middle East and global markets with a production capacity of half a million batteries annually and continued to expand and grow until its production capacity reached about 5 million batteries annually. During the company’s growth and development over the past twenty years, the company continued to work on product development, market diversification and building the human resources necessary to continue production, as well as building the company’s productive and technical capabilities to meet the demands and needs of global markets. 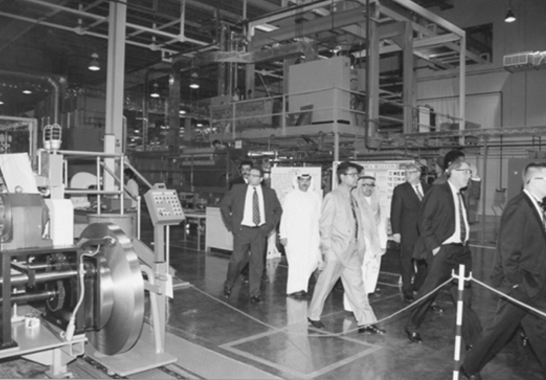